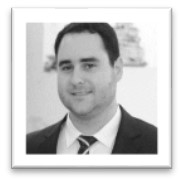 There were countless tools

that no longer needed to be shipped in boxes- now companies such as Adobe and Microsoft could deliver all of their services straight into a consumer’s home without having to spend a dime on distribution.

What is true for Photoshop, Dropbox, Google Drive and more will be especially true for the first generation of Cloud-delivered Virtual Reality services.

Unlike Photoshop, mixed reality and 3D technology do not start with a physical object in the real world (the subject of a photo) but essentially work the other way around. It is the evolution from a creator’s idea to 3D model, from the model to an application, and from the application to representation in the real world that makes this technology the first to not only use the Cloud but to take it to new heights as a platform delivering virtual devices.

Virtual and augmented reality have the ability to change

some of the world’s most widespread and essential industries: healthcare, education, engineering, E-commerce, military combat, urban planning, tourism, art, and entertainment are just a few of them. As a tool, it is so universal that both surgeons and manufacturing workers can find a use for it- and some already have.

The problem has been that this technology- and the gear that comes with it- is both expensive and requires a lot of storage capacity. When it comes to the most popular VR video games, for example, it isn’t just the $600 headsets (such as Oculus Rift) that make them a luxury good, but the thousands of dollars needed for a computing system that can process the data.

This is why the Cloud is so vital to the mixed reality market: it keeps costs down not just for the businesses selling MR services, but also for the average consumer or small business trying to get a piece of this revolutionary tech.

On top of that, the Cloud’s storage capacity is the best way to ensure that whatever MR application you are using is operating at peak ability.

And this connection is symbiotic because mixed reality content also gives the Cloud a whole new ecosystem to evolve with. For every new, cheap and easily integrated 3D platform (such as ENTiTi), the Cloud increases its usefulness for businesses big and small, which will encourage developers to come up with new ideas on how to apply MR to services as vital as teaching our kids and engineering our cities.

Of course, the success of this mutually beneficial marriage of the two most exciting technological breakthroughs relies on the direction of tech industry.

With some forecasts predicting that by 2020 the augmented and virtual reality market will be worth up to $120 billion, and the e-Commerce market up to over $1 trillion, and figures such as Tim Cook indicating that AR will be playing a bigger part on the iPhone 8, it is safe to say that even though the technology is novel, the ideas are there- and they are coming