Beyond Gaming: How 3D will revolutionize "Business as usual" 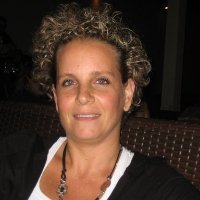 Make no mistake: 2016 was a turning point for virtual and augmented reality.

From the release of the modestly successful HTC Vive and Oculus Rift to the blowout success of Pokemon Go, it is clear that consumers (and businesses) are starting to look at VR and AR with fresh, imaginative and curious eyes.

Virtual and augmented reality is crossing over from the quirky-party-trick realm into the realm of practical application. The question that looms over this transition is: what parts of our lives are these technical tools going to change the most?The next generation of VR and AR technology is on its way to proving itself in fields beyond gaming, with companies eyeing education, film, engineering, city planning, military application and retail (for starters) as potential markets ripe for disruption.As Consumer Electronic Show organizer Gary Shapiro put it earlier this year, “Virtual reality is changing the game for a variety of industries including healthcare, agriculture, manufacturing, and business. Doctors are using VR to enhance traditional therapies, architects use VR to design stronger buildings and travel agencies are using it to simplify vacation planning.”

This matters because VR gaming, as awesome as it may sound, has yet to prove itself as a perfect disruptor in the gaming industry. Part of this is the massive cost of buying a Vive or Oculus headset with the necessary hand controllers, not to mention the price of a computer powerful enough to run a VR game like Edge of Nowhere, but another challenge is that the games themselves have not all figured out how to adopt a third dimension into an art form where 2-D has long been king.

Games such as Call of Starseed and Resident Evil 7 are fantastically immersive and use concepts ripe for 3D, but the graphics are lacking compared to other hyper-realistic engines and the gameplay itself may still feel clunky to some (plus may give you a wicked dose of motion sickness).

So set aside what VR is promising the video game industry for a moment and check out what it is already doing in other fields that face more practical challenges:

For starters, there is Ford Motor’s embrace of VR as a tool to increase efficiency and reduce employee injuries by 70%, and UCLA’s use of VR that allows future surgeons to practice in as realistic an environment as possible without having to operate on cadavers. The military has long used virtual reality for pilots, but thanks to hand controllers it is starting to use it for mission training as well, including for its medics.

There is even a VR tool that allows football players to practice without violating field-time restrictions, which University of Arkansas’ head coach Bret Bielema described as a “game changer” the likes of which he hasn’t seen in two decades.

These are just a few of the virtual reality tools made available in the last year, but what about augmented reality (AR)?

For those who are new to AR: it is a way to interact with the real world (as opposed to virtual) with the aide of smart devices. AR is most associated with devices like Google Glass, which despite flopping in sales is an excellent example of an early AR tool that got the ball rolling.

Unfortunately, AR’s reputation was tarnished by the release of the glasses that were fairly limited in application for the average user and posed serious questions about privacy. In 2015, Google announced that it would stop making the product in its current state, but that it would be coming out with a new version soon.

Ever since the cultural pushback against the “Glass-hole”, companies have rightly expressed caution when trying to push new similar devices. However, the greatest starter-AR device is already in everybody’s pocket (smartphones), so now it is just a matter of figuring out what consumers want.

Still, smartphones can only take AR so far, and their primary function may be to get users accustomed to the technology. Loup Ventures managing partner Andrew Murphy described Apple’s future in AR as a process of “baby steps” until its users accept that it is something they can and should use.

“The iPhone 7 Plus will have huge implications for 3D mapping and real-time image processing in an AR world,” Murphy wrote in a blog post, adding: “AirPods (our new favorite toys), in combination with Apple Watch, are clear steps towards a post-mobile world.

which apparently has a new take on the smartwatch that would be another step in getting consumers accustomed to AR devices.

Perhaps this is why a recent Digi-Capital study suggested that augmented reality “will completely overshadow virtual reality in the near future.”

Although there were many, many, many tech reporters and folks working in the field of AR/VR who declared, after the Consumer Electronics Show at the beginning of the year, that 2017 would be the year these technologies finally breakout, there were plenty of voices stating the contrary.

Many of these naysayers based their opinion on the belief that VR and AR technology is still too young and expensive for widespread use- but it is clear that creative businesses are taking the technology in directions a lot of us hadn’t even considered.