Why the Money’s on 3D & AR for Mobile 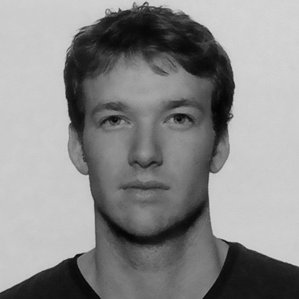 The launch of Facebook’s Oculus Rift and HTC’s Vive in the spring of 2016 was met with understandable excitement: the technology was impressive and the user experience exhilarating. But any dream of mass adoption beyond gamers has so far been just that. As TechCrunch reported, VR revenue in 2016 fell far short of the $3.8 billion projections.

There may yet come a day when VR is realized for its full commercial potential, but in the immediate future, the tech world is setting its sights on AR and 3D for mobile. The oversize and unexpected success of Pokémon GO ($600 million in AR mobile revenue in the first three months alone) last year turned heads and reframed the conversation.

And unlike VR, there’s more to AR than just the “wow factor.” AR has real business use cases that can be applied now, from the manufacture and design of the Internet of Things (which one report estimates could be a $7 trillion AR market by 2027)to 3D ads on mobile, to customer service and educational training. For those reasons, Tractica predicts that AR usage on mobile will grow to 1.9 billion unique monthly active users in 2022, from 342.8 million in 2016—to the tune of $18.5 billion in annual mobile AR revenue.

The tech giants are already signaling a shift to AR. Facebook, which bought Oculus for $2 billion and poured millions more into its VR efforts, announced the launch of a platform for augmented reality at Facebook’s annual developer conference in April. Microsoft is adding an AR viewer directly into Windows 10 later this year. And Apple has just released its ARKit, hoping to open the AR market to users of all kinds, with apps for gaming, design, home improvement and much more. Last year, the company’s CEO Tim Cook envisioned a future when we “have AR experiences every day, almost like eating three meals a day. It will become that much a part of you.”

In fact, some of Snapchat’s 166 million users have already internalized this message. Those silly selfie lenses have brought AR into everyday usage, and last month the company added 3D objects to the mix. It’s not a stretch to imagine 3D/AR as the next big format for sharing data, just as we once texted each other jpg, then videos, then GIFs.

The question is, why strive to build a device as universally used as a mobile phone when you can add an AR or 3D layer to existing phones? Mobile-first has to be the mantra of any business today. And the good news is that for companies that want in on this AR/3D wave, the barriers need not be so high.

A mobile-optimized platform allowing anyone—even non-programmers—to easily integrate 3D and AR/VR into existing apps - has the potential to revolutionize business at many levels.

For example, Autodesk has recently enabled AR/VR in its software so that CAD users and customers can experience their designs in real time. Microsoft, too, is using AR in its Power BI iOS app to give its customers the ability to augment dashboard tiles within the Power BI app by displaying AR content directly above a scanned QR code. The possibilities are really endless - easy access to AR would allow engineers to gain a real picture of what their creations will be like in the real world, it will allow interior decorators to build a virtual scenario that lets clients walk around and experience for themselves the designed space that they have invested in, and it is already being applied in retail sales; there’s Amazon’s new AR View that lets customers visualize online products in their own home, and stores like Gap and Adidas are using AR to show customers how they will look in outfits with “virtual dressing rooms”. Industrial companies can use AR technology to virtually train employees instead of exposing them to risk by placing them, untrained, in sensitive environments.

The rapid adoption of AR technology is happening and not only are large corporations jumping onboard, but small and medium-sized businesses are as well. For AR and 3D, the future is bright—and it’s happening now.